View basket “Underground Asia: Global Revolutionaries and the Assault On Empire” has been added to your basket.
Out of stock 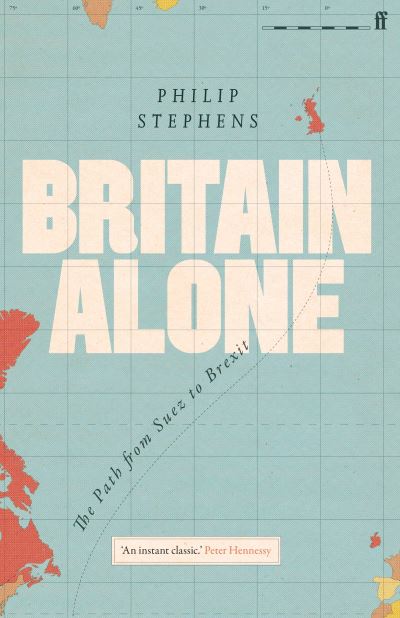 Britain Alone: The Path From Suez To Brexit

A magisterial and profoundly perceptive survey of Britain’s post-war role on the global stage, from Suez to Brexit. In 1962, the US Secretary of State observed that post-war Britain had ‘lost an empire and not yet found a role’. His gentle rebuke still rings true. Britain, clinging to its self-image as great island nation with a penchant for lofty exceptionalism, has trod a lonely path between engagement with Europe and a treasured but often demeaning ‘special relationship’ with the US, culminating in the current Brexit crisis. From wartime victory in 1945 to Anthony Eden’s ill-judged foray in Suez – which strained American relations almost to breaking point – to David Cameron’s EU referendum, award-winning journalist Philip Stephens paints a fascinating portrait of a nation attempting to reconcile its waning power with past glories.