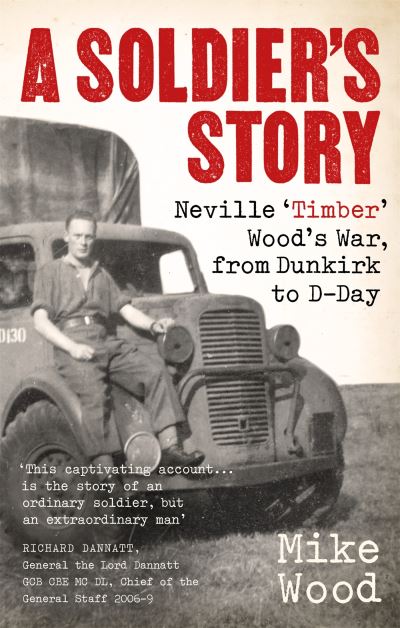 The son of a Hull butcher, Neville ‘Timber’ Wood volunteered in 1939, at the age of eighteen, to join the British Army’s Tyne-Tees 50th Northumbrian Division. Timber was in many ways an entirely unremarkable soldier – he won no medals for gallantry, though he exhibited conspicuous bravery day after day, for years, and he rose no higher through the ranks than Lance Corporal. Nonetheless, he had an extraordinary war. As a driver for the Royal Army Service Corps, Timber’s job was to get ammunition and high explosives to the front line. It was a job with a high casualty rate, sometimes higher than front-line troops. The 50th Division was the principal fighting division of the British Army in the Second World War. Four men of the 50th were awarded Victoria Crosses, more than any other division. It was last off the beach at Dunkirk and the first back on it on D-Day.