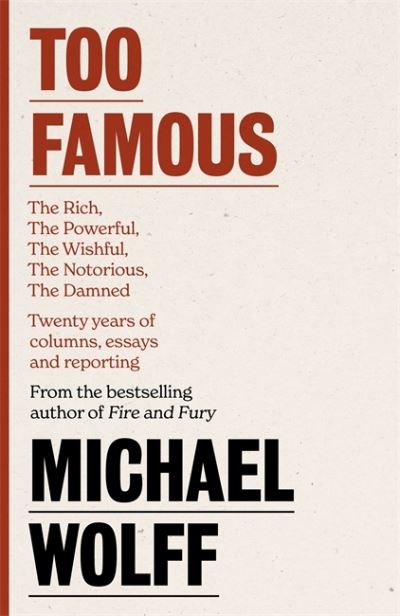 ‘Too Famous’ collects pieces Michael Wolff has written as a columnist for New York, Vanity Fair, The Guardian, GQ and The Hollywood Reporter, and adds several new ones. Written over a 20-year period, the book spans that moment in popular culture when personal attention became one of the world’s most valuable commodities, and ending with Donald Trump, fame’s most hyperbolic exponent. Some of these pieces exist in the amber of a particular news moment, some as character portraits – as colourful now as when they were written – and some as lasting observations about human nature and folly. The common ground all of these thrilling stories share is that everyone in this book is a creature of, or creation of, the media. They don’t exist as who we see them as, and who they want to be, without the media.