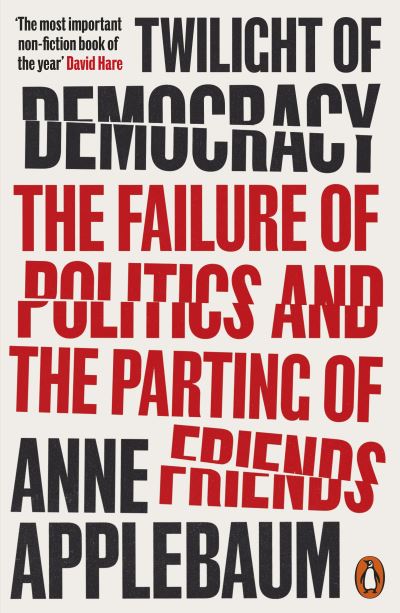 In the years just before and after the fall of the Berlin Wall, conservative politicians and intellectuals across Europe and America celebrated a great achievement, felt a common purpose and, very often, forged personal friendships. The euphoria quickly evaporated, the common purpose and centre ground gradually disappeared and eventually – as this book compellingly relates – the relationships soured too. Anne Applebaum traces a familiar history in an unfamiliar way, looking at the trajectories of individuals caught up in the public events of the last three decades. When politics become polarized, which side do you back? If you are a journalist, an intellectual, a civic leader, how do you deal with the re-emergence of authoritarian or nationalist ideas in your country?