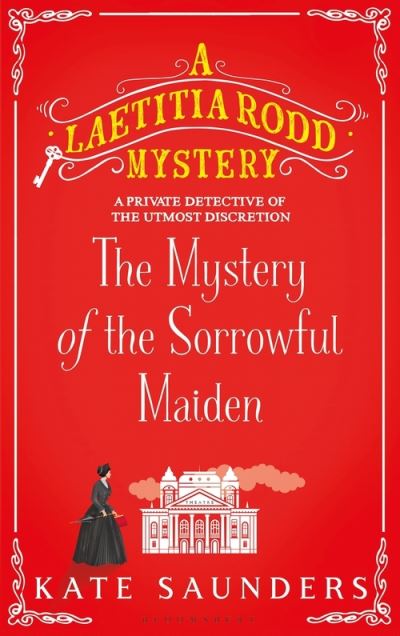 The Mystery of the Sorrowful Maiden

In the spring of 1853, private detective Laetitia Rodd receives a delicate request from a retired actor, whose days on the stage were ended by a theatre fire ten years before. His great friend, and the man he rescued from the fire, Thomas Transome, has decided to leave his wife, who now needs assistance in securing a worthy settlement. Though Mrs Rodd is reluctant to get involved with the scandalous world of the theatre, she cannot turn away the woman in need. She agrees to take the case. But what starts out as a simple matter of negotiation becomes complicated when a body is discovered in the burnt husk of the old theatre. Soon Mrs Rodd finds herself embroiled in family politics, rivalries that put the Capulets and Montagues to shame, and betrayals on a Shakespearean scale. Mrs Rodd will need all her investigative powers, not to mention her famous discretion, to solve the case before tragedy strikes once more.