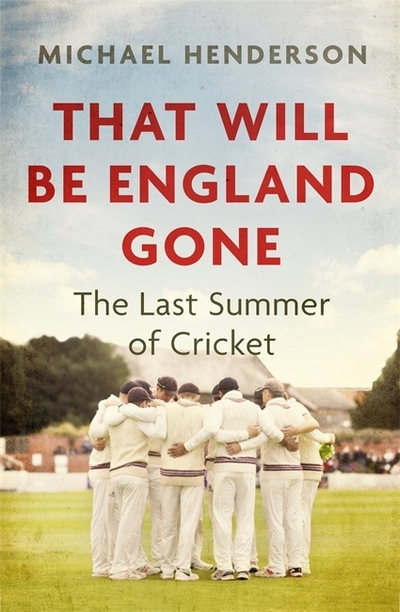 That Will Be England Gone: The Last Summer of County Cricket

When Michael Henderson visited Trent Bridge for the first day of the 2019 cricket season, he used 800 words to tell The Times readers that this would be the last season of county cricket as we understood the game. Next year we shall have The Hundred, whatever that may be, and championship cricket will be diminished to the point of invisibility. The summer of 2019 is interesting in other ways. There was a World Cup in this country, which England weren’t expected to win. And there was the Ashes series. But this book would not be about the World Cup or the Australia series, with one notable exception. This text is a tour d’horizon of cricket, from April to September, in England. Partly autobiographical, Henderson revisits places that shaped his love of the game, in order to understand how cricket has changed in his lifetime.