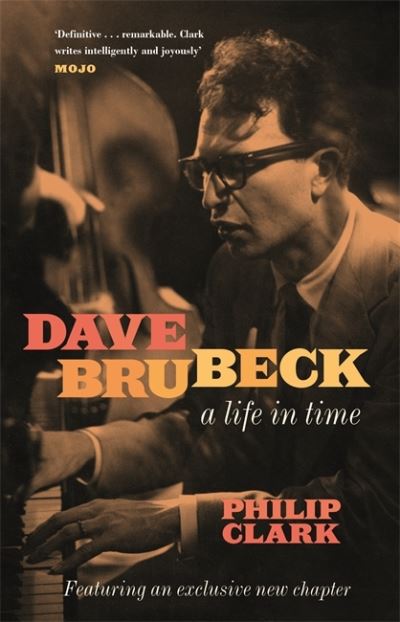 Dave Brubeck: A Life in Time

In 2003, music journalist Philip Clark was granted unparalleled access to jazz legend Dave Brubeck. Over the course of ten days, he shadowed the Dave Brubeck Quartet during their extended British tour, recording an epic interview with the bandleader. Brubeck opened up as never before, disclosing his unique approach to jazz; the heady days of his ‘classic’ quartet in the 1950s-60s; hanging out with Duke Ellington, Charlie Parker, Louis Armstrong, and Miles Davis; and the many controversies that had dogged his 66-year-long career. Alongside beloved figures like Ella Fitzgerald and Frank Sinatra, Brubeck’s music has achieved name recognition beyond jazz. But finding a convincing fit for Brubeck’s legacy, one that reconciles his mass popularity with his advanced musical technique, has proved largely elusive.