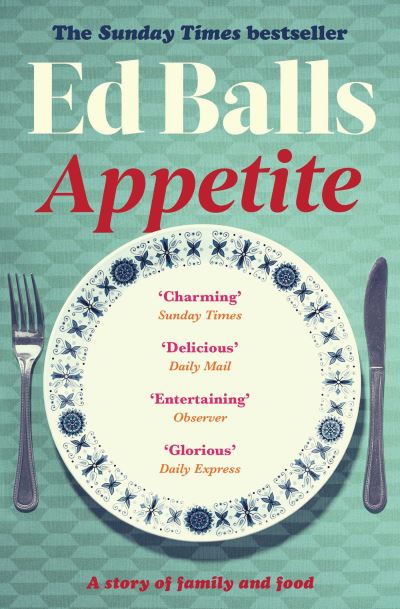 Ed Balls was just three weeks old when he tried his first meal: pureed roast beef and Yorkshire pudding. While perhaps ill-advised by modern weaning standards, it worked for him in 1967, and from that moment on he was hooked on food. ‘Appetite’ is a memoir with a twist: part autobiography, part cookbook, each chapter is a recipe that tells a story. Ed was taught to cook by his mother, and now he’s passing these recipes on to his own children as they start to fly the nest. Sitting round the table year after year, the world around us may change, but great recipes last a lifetime.