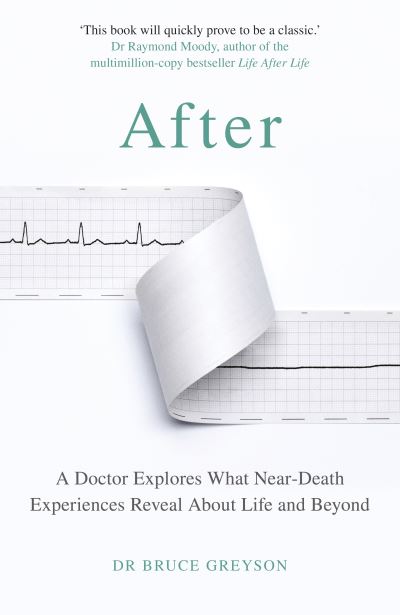 What happens when we die? Ten per cent of people whose hearts stop, and then restart, report near-death experiences. Stories of lights, tunnels and reunion with late loved ones have been relayed – and dismissed – since ancient times. But when Dr Bruce Greyson’s patients started describing events that he simply could not dismiss, he began to investigate. In ‘After’, he shares the scientific revelations of four decades of research into the dying process. He has become increasingly convinced that dying is less an ending than a transition, the threshold between one form of consciousness and another. Dr Greyson challenges us to consider what these lessons can teach us about the relationship between our brain and our mind, expanding our understanding of consciousness and of what it means to be human.