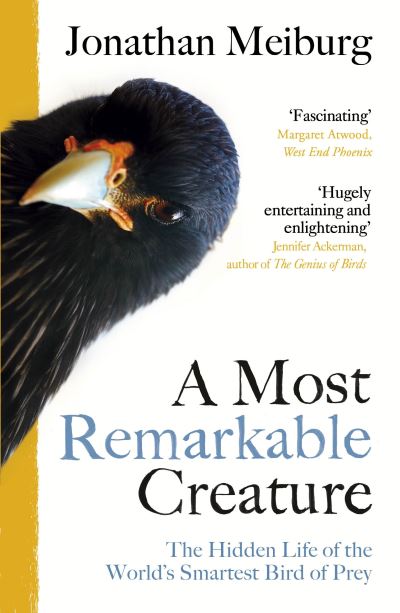 A Most Remarkable Creature

In 1833, a young Charles Darwin was astonished by a strange animal he met in the Falkland Islands: a set of handsome, social, and oddly crow-like falcons that were ‘tame and inquisitive,’ ‘quarrelsome and passionate,’ and so insatiably curious that they stole hats, compasses, and other valuables from the crew of the Beagle. Darwin met many unusual creatures in his five-year voyage, but no others showed an interest in studying him, and he wondered why these birds were confined to remote islands at the tip of South America, sensing a larger story. These birds – now called striated caracaras – still exist, though they’re very rare; and this book reveals the wild and fascinating story of their history, origins, and possible futures in a series of travels throughout South America, from the fog-bound coasts of Tierra del Fuego to the tropical forests of Guyana.