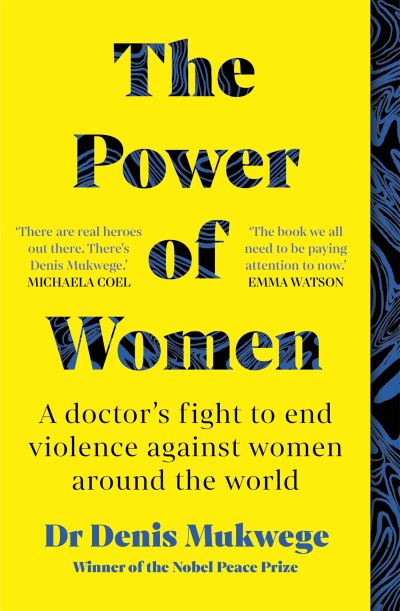 The Power of Women

Nobel laureate, world-renowned doctor and human rights activist, Dr Mukwege has dedicated his life to caring for victims of sexual violence. Over the past two decades living and working in the Democratic Republic of the Congo, he has stood up to soldiers and warlords, survived massacres and multiple assassination attempts, never swaying from his mission. In this book Dr Mukwege interweaves his own dramatic story with the experiences of a range of extraordinary characters: the women he has treated – many of whom, after suffering unspeakable brutality, have had the strength to heal and rebuild their lives – as well as the people he has worked with, and survivors of sexual violence whom he has met during his years of advocating for women’s rights around the world.