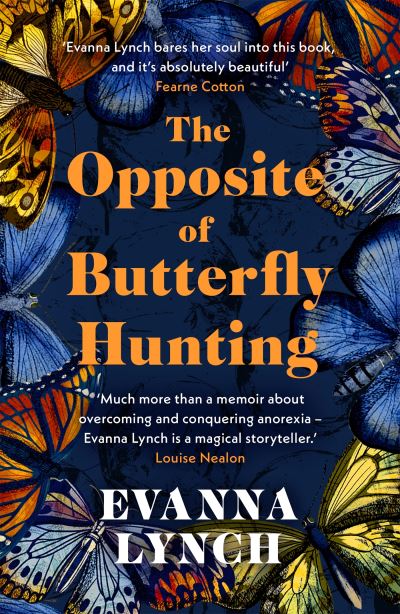 The Opposite of Butterfly Hunting

Evanna Lynch has long been viewed as a role model for people recovering from anorexia and the story of her casting as Luna Lovegood in the Harry Potter films has reached almost mythic proportions. Yet even after recovery, there remains a conflict at the very core of her being: a bitter struggle between the familiar, anaesthetising pursuit of perfection, and the desire to fully and fearlessly embrace her creativity. In her memoir, Evanna confronts all the complexities and contradictions within herself and reveals how she overcame a life-threatening eating disorder, began to conquer her self-hate and confronted her fear of leaving the neatness and safety of girlhood for the unpredictable journey of being a woman.