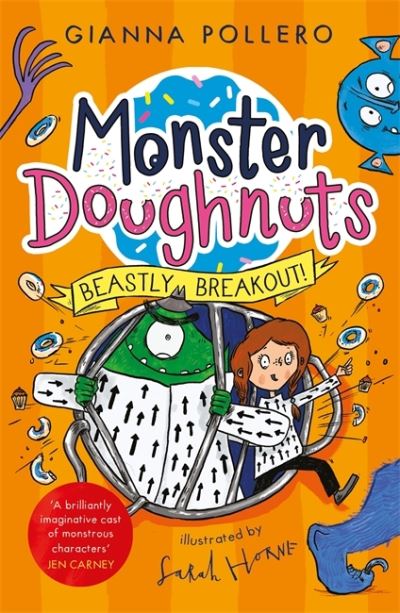 Tenth-generation monster-hunter Grace has a unique way of bumping off monsters. She and her sister run a bakery, Cake Hunters, where they make fabulous creations full of a special exploding baking powder that will get rid of any troublesome monster! And that’s just as well – as Grace’s latest mission is to track down the monsters who, in a major breakout, have escaped from prison in Monster World – and there’s a lot of them. Luckily for Grace she has cyclops Mr Harris on her team – who’s a pretty good sidekick when he’s not eating monsters (or doughnuts), or going off on a hunt for his long-lost mother, or accidentally exploding and ending up who knows where. Can Grace and co restore order to Monster World before things really get out of hand?